No No! I am not talking about the ordinary bicycle. I am talking about the stationary bicycle sitting lavishly in my room unused, just like new. Some five to six years ago, we bought this new stationary bicycle in the hope that everybody in the house will exercise and make a sexy body. However, none of us has a sexy body and we didn’t use the bicycle after one week. Now its only purpose is to serve as my towel hanger.

Why do I call it a questionable bicycle? Because we know it is there, we know it is of practically no use, but we still don’t wanna sell it. If I frame it exactly in my mom’s words then ‘one day, we might use it, so there is no point in selling it.’ I know that sounds like bullshit, but that is how Indian parents function. In their own unsaid words, ‘if you have something then you keep it for life, you can’t sell it, you can only throw it away, or give it to the maids.’

When I started writing I had no plans for using this stationary cycle at all, however, now I think that it is not a bad idea. I know, I know…. If you ask me after a week, I’d probably tell you that ‘it was a stupid idea.’

The best thing about my new obsession for this stationary bicycle is that I self-created a phone holder so that I can watch F.r.i.e.n.d.s while working out. Well, neither the holder nor the cycle has been used until now. Ya I know I am funny and useless in that sense. Just check out my DIY good-for-nothing project. 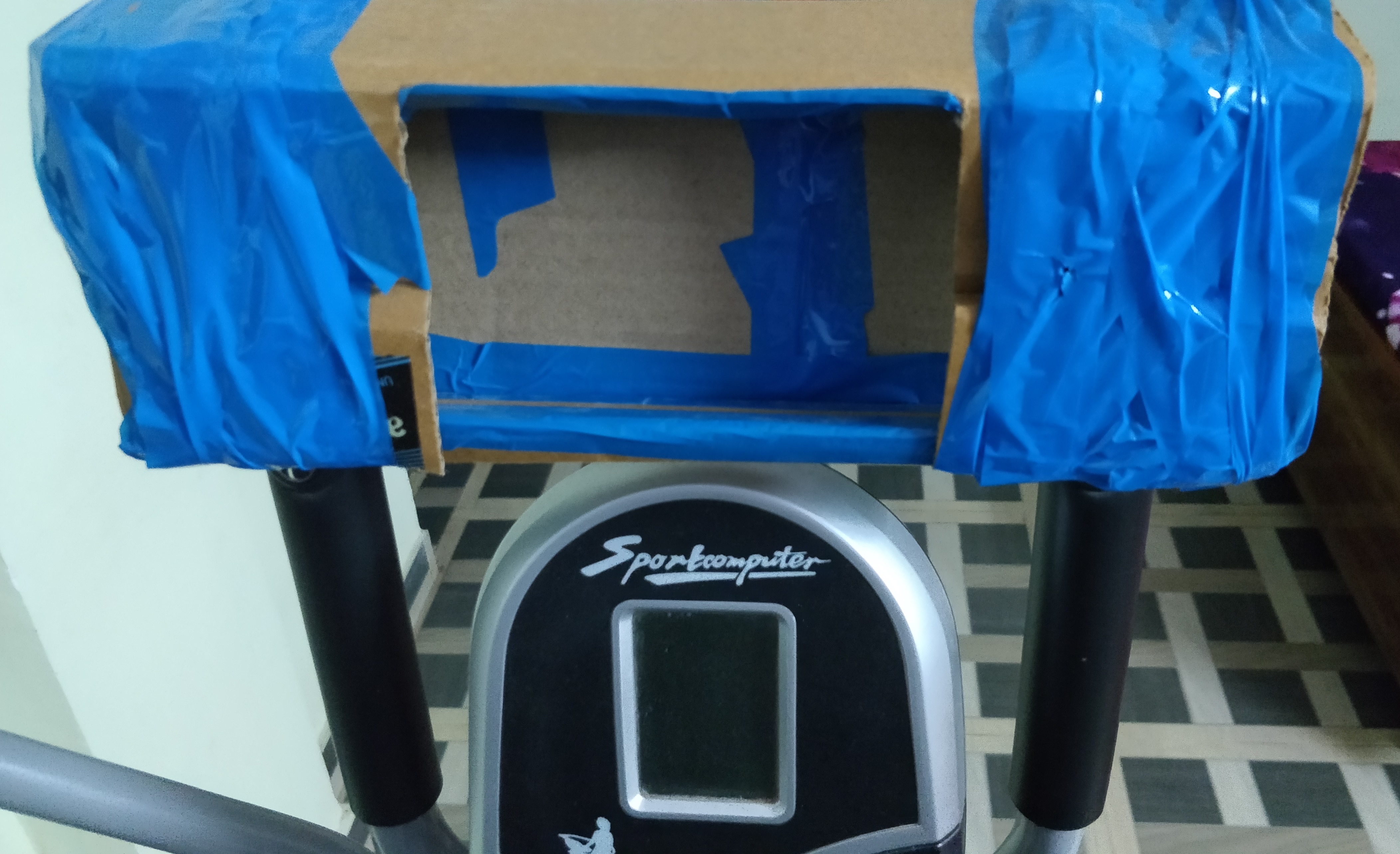 As I have already told you guys that I have decided to lose some weight, I am going to write one hell of a blog if I do. And I’ll write even a better one if I don’t.